To mail a contribution, please make check payable to and mail to:

Judge Terri Jamison was born and raised in Welch, WV. She received her formative education at Welch Dunbar, Welch Elementary School and graduated from Welch High School. She was employed by the Department of Welfare as a DayCare Provider Coordinator, Eligibility Specialist and Fraud Investigator during her tenure with the Department. She left the Department to become one of a few women who were underground coal miners and was a proud member of UMWA. After being laid off due to the declining economy in her hometown, Judge Jamison moved

She trained through the CETA program to enter the workforce. She has been employed by Xerox Corporation, OCLC, Nationwide Insurance and was an office manager for Howard Tyler’s State Farm Insurance Agency. She left Mr. Tyler’s agency to begin her own insurance agency with Allstate Insurance. She owned and maintained her agency for more than 16 years. She decided to return to college to complete her bachelor’s degree. As a working adult, she began at Columbus State Community College and transferred her credits to Franklin University where she received a B.S. Degree in Business Administration and a Minor in Human Resources Management.

After completing her degree, she sold her insurance agency to enter Capital University Law School to obtain a Juris Doctor degree. While in law school, she interned with ODJFS at the Bureau of State Hearings, was an extern in the Ohio Attorney General’s Office, Civil Rights Section, and her last internship was in the Franklin County Public Defender’s Common Pleas, General Division. She was employed as an Assistant Franklin County Public Defender’s Office in the Municipal Division before beginning her own firm, Jamison Law Offices, Co. LPA. She focused primarily in criminal, juvenile, domestic, probate and appellate criminal practice. She was a hearing officer for the State of Ohio Unemployment Compensation Review Commission where she heard unemployment benefit appeals.

She had gained a wealth of legal knowledge and wanted to expand her opportunity to serve the community. In 2012,

she ran for the first time successfully to win a seat in the Franklin County Court of Common Pleas, Domestic Relations Division – Juvenile Branch.  Judge Jamison has committed to developing new strategies to empower the families of Franklin County. In 2014, she began a collaboration with Franklin County Child Support Enforcement to link unemployed child support obligors to community resources to become gainfully employed. It is in the best interest of children and families to have parents that can support their children. Compass received an award from the National Association of Counties in 2017 as part of CSEA’s Procedural Justice-Informed Alternatives to Contempt, or P-JAC. Judge Jamison has been recognized by the Franklin County Commissioners and the City of Columbus for her actions for Child Support Enforcement.

Judge Jamison is widely known as a prolific and energetic speaker. She has been keynote for high school and college commencements, presenter at national conferences and on panels reflecting the need for equal access to justice, diversity and inclusion and alternatives to detention for juveniles. She has been featured in two documentaries”The Walking Logo” a local production. and “PUSHOUT:The Criminalization of Black Girls in School” which was released to major theaters across the country. Judge Jamison traveled to the Congressional Black Caucus to view the release of PUSHOUT which led to legislation being introduced by Congresswoman Ayanna Pressley to prevent the over-representation of Black girls in school disciplines.

Judge Jamison was successfully re-elected in 2018 by a 60% to 40% margin to her second term. She is in her eighth year on the bench and seeks to take her expertise to the Court of Appeals. Judge Jamison has always had a policy of allowing litigants into the courtroom to be heard. You want a judge that hears you!

She is a member of National Council of Juvenile and Family Court Judges, Ohio Association of Domestic Relations and Ohio Association of Juvenile Court Judges, American Judges Association, Ohio Justice Alliance for Community Corrections (Trustee), Ohio State Bar Association, Columbus Bar Association, Franklin County Women Lawyers, National Coalition of 100 Black Women, National Council of Negro Women, NAACP, and many more. She has been appointed by the Ohio Supreme Court to serve on the Advisory Committee for Court Security and the Sentencing Commission. Judge Jamison is a member of the Board of Counselors at Capital University Law School; the Franklin University Global Center for Healthcare Education Advisory Board; and adjunct faculty at Capital University Law School. Judge Jamison is a volunteer with the American Red Cross, the YWCA and does community service through her membership with the National Council of Negro Women and her church Divine Kingdom Builders.

She is the best person for this seat because she brings a variety of legal knowledge. The Court of Appeals is the court of last resort for many of our citizens. All appeals must be taken in this court unlike the Ohio Supreme Court. Equal access to justice includes access, diversity of the composition of the bench, and the opportunity to present your case to a fair, impartial panel.  The Court of Appeals handles unique questions of law; appeals from the Court of Claims who hear claims against the State of Ohio for monetary judgments, writ of mandamus, writ of procedendo, writ of prohibition and writ of quo warranto, and appeals from Victim of Crime Compensation. Being seated on the Tenth District Court of Appeals gives the opportunity to issue decisions that will become precedent for Franklin County courts. You want Judge Jamison there! 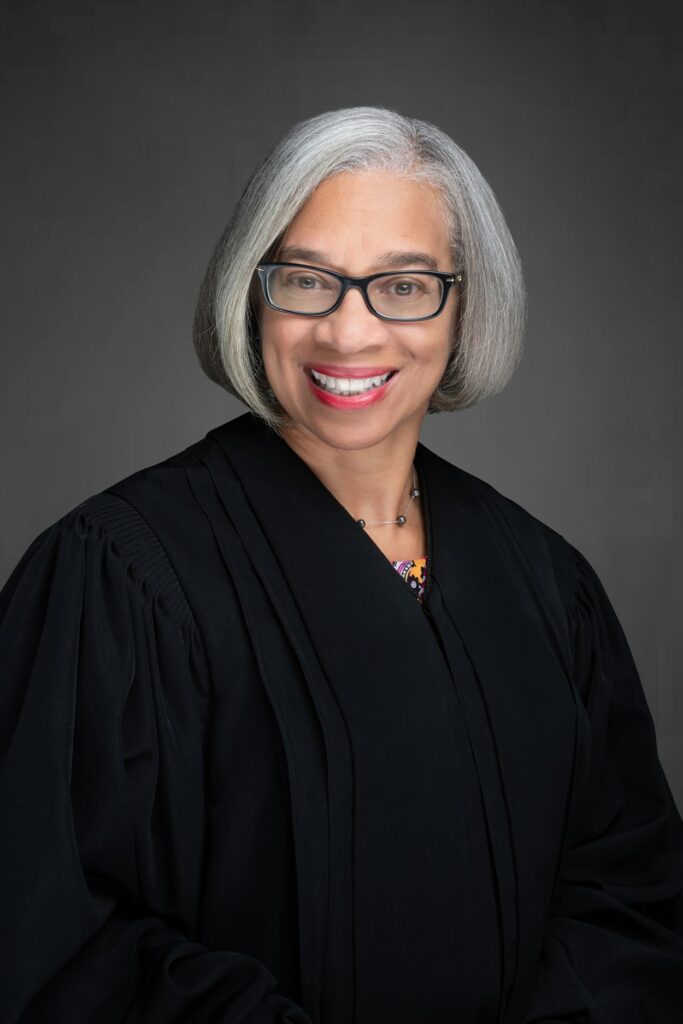