Judge Thomas J. Osowik was elected to the Sixth District Court of Appeals in November of 2006 and his current term expires on February 8, 2027. Prior to coming to the Court of Appeals, he was a trial judge for more than 15 years. He was appointed to the Toledo Municipal Court in January of 1991 by Governor Celeste and subsequently elected.

Judge Osowik was born in Toledo in 1955 and is married to Rosemarie and is the father of four sons. 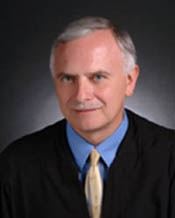