Sheriff Sigsworth has attended numerous law enforcement education training sessions and seminars and is a graduate of the 216th Session of the Federal Bureau of Investigation’s National Academy.

Sheriff Sigsworth is honored to have been chosen to serve as the Erie County Sheriff. If you wish to speak with him personally, he may be reached at his office at 419-625-7951, ext. 6281.

Sheriff Sigsworth wishes to convey his gratitude to the professional staff members of the Erie County Sheriff’s Office, who commit themselves every day to providing public safety services to the residents of — and visitors to — Erie County. 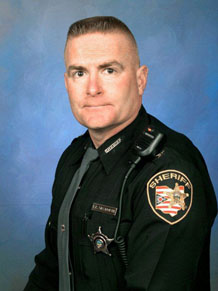