Justice Michael P. Donnelly is the 160th justice of the Supreme Court of Ohio. He took office January 1, 2019, following his statewide election in November 2018 to a full term on the Court. The last day of his current term is Dec. 31, 2024.

Prior to joining the state Court, Justice Donnelly served as a judge on the Cuyahoga County Court of Common Pleas, General Division for 14 years, from 2005 to 2018. He was elected to the seat in November 2004 and re-elected in 2010 and 2016.

Before serving as a member of the local judiciary, Justice Donnelly was an assistant Cuyahoga County Prosecutor from 1992 until 1997. He then went on to practice civil litigation for seven years, representing plaintiffs and injured workers in asbestos litigation, personal injury lawsuits, and workers’ compensation claims.

In addition, from 2010 to 2017, he was one of five judges on Cuyahoga County’s Mental Health and Developmental Disabilities Court, which oversees criminal cases involving defendants who suffer from schizophrenia, schizophrenic disorder, or a developmental disability. He also has been a faculty member of the Ohio Judicial College, teaching both attorneys and judges at numerous continuing-legal-education seminars on professionalism and issues of civil and criminal justice reform.

He is a proud recipient of the Honorable William K. Thomas Professionalism Award from the Cleveland Metropolitan Bar Association and also received the Ohio Association of Civil Trial Attorneys (OACTA) 2017 Public Service Award.

Justice Donnelly serves on the board of the Cleveland Baseball Federation, which helps inner-city boys and girls play baseball and softball in the summer at no charge. He also was involved with the development of the Western Reserve Fire Museum, which educates children about fire safety.

He is a graduate of St. Ignatius High School and John Carroll University, both in Cleveland, and received his Juris Doctor degree from Cleveland State University’s Cleveland-Marshall College of Law. He was admitted to the practice of law in Ohio in 1992.

He and his wife, Nancy, reside in Cleveland Heights. They have two children. 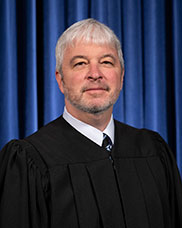