“First of all, I would like to thank Barbara for her seventeen years of service not only as an elected officeholder, but also as a public servant as her career spans thirty-three years of service in the Erie County Recorder’s Office. On behalf of the ECDP Executive Committee, we wish Barbara the best so she may enjoy many years of retirement with her family and friends,” Amy Grubbe, Chair of the ECDP stated.

According to Ohio Revised Code 305.02

“…the county central committee of the political party with which the last occupant of the office was affiliated shall appoint a person to hold the office and to perform the duties thereof until a successor is elected.”  In addition, the ORC also states: “Not less than five nor more than forty-five days after a vacancy occurs, the county central committee shall meet for the purpose of making an appointment under this section.”

The Erie County Democratic Party Screening Committee, chaired by local attorney and Central Committee Member Dean Lucal, will be accepting resumes for county recorder to fill the unexpired term. Applicants should be registered Democrats. Resumes should be mailed to the Erie County Democratic Party, P.O. Box 135, Sandusky 44871-0135 ATTN: Dean Lucal. Resumes must be postmarked no later than Wednesday, December 28, 2022. The Screening Committee will then meet with each applicant and will make a recommendation to the Central Committee.

After the Screening Committee meets with all applicants, the Erie County Democratic Party Central Committee will meet in February 2023 to appoint a person until a successor is elected by the voters of Erie County in the November 2024 Election.  The date, time and place for the meeting will be announced in a separate news release. 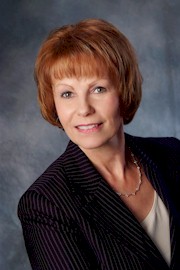